As a fresh start of 2016, I got a chance to be part of Devconf – an annual conference which takes place in the beautiful Brno city of Czech Republic. From past three years, its been happening in February month’s first Friday to Sunday and hence this year it was from 5th to 7th February. 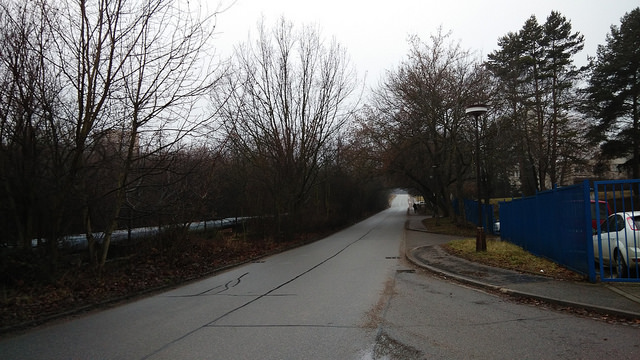 This conference attracts not only developers but also Testers, System Administrators, Product Security groups, Packagers,  DevOps, and many more from different technologies and communities e.g. OpenShift, OpenStack, Container, SELinux, Fedora, Gluster, Kernel ,  JBoss, etc. If you don’t believe me, check out this year’s Devconf schedule yourself 🙂  I am sure that after looking into the schedule, you want to see interesting recorded talk’s videos.  No worries, Devconf organizers and volunteers did amazing job in uploading videos quickly on youtube. You can also find couple of photos taken by me during conference on flickr.

In this blog, instead of going into any kind of technical details of a talk, I will be doing a small walk-through of the conference from my perspective. In case you are looking for technical details, I recommend to look for schedule and recorded talks 🙂

At the beginning of conference, every participant was welcomed with a conference schedule booklet and pen! It was very handy to have the schedule in hand during conference. Later on,  Radek Vokál welcomed everyone to enjoy this year conference and insisted to be at conference till the end to win some interesting prizes 😉

The conference began with two parallel keynotes among which I went for Tim Burke ‘s talk on  Rock Star Recipe . He was previously a programmer and now vice president for Software Engineering at Red Hat. With his own experience, in 10 slides he explained beautifully how an engineer or a normal person can become a rock star. I am sure, everyone wants to be a rockstar. So, don’t forget to watch his talk 😀

In chilly Czech weather, I felt that Containers were the hottest topic of discussion for this year’s Devconf.  Very first day, talks in the main conference room were either directly about containers or integration with containers. To be honest, with my limited working experience with container technology I really like it!  To improve my knowledge about these, I mostly attended containers related talks on the first day. It’s good to see rapid growth and seriousness among people about docker containers. Lot of people are either trying or already running their applications in containers. Since there is discussion of containers, it is also good to keep track of project atomic – Create, deploy and manage containerized applications on a proven and trusted platform.

I love to know and learn about different Open Source projects, their communities and most important interacting with people. So, I spent the rest of the conference attending workshops, talks on Networking tools, POWER, QML, Product Security and Fedora community. Among lot of workshops, I managed to attend only two – Advanced packaging by Miroslav Suchý and Creating Automated Jobs to Run Against Fedora by Tim Flink. Packaging workshop improved my packaging skills and I hope to (c0)maintain some more packages. My love towards Libabigail project drew me to Tim Flink’s workshop. I wanted to understand and later implement a Taskotron task  which triggers ABI checks when a package is pushed for update in bodhi. I managed to understand some bits and soon will work on it!

Other than talks, there were multiple fascinating booths outside the main conference hall. Some of booths were about Red Hat, RDO, OpenShift, Foreman, Project Atomic, Fedora. I loved going to every booth and interacting with them to understand what’s new happening there. I also got awesome goodies from them (thanks for that!). 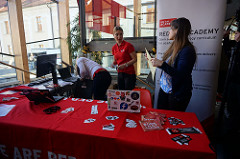 If you are interested in knowing precise information (data taken from Devconf site), there were total 3 Keynotes, 203 talks + workshops and 22 lightning talks :O Other than that, one organized city tour (which I missed) and one networking party at Starobrno brewery pub. I must say the conference was rich with variety of talks. There were 8 parallel tracks running for 3 days comprising around 1600 attendees. To keep everyone alive during conference, there were even sponsored beverages and food! And to manage everything, there were 110 awesome volunteers (Kudos to all of them!).

Thanks to all volunteers, organizers, sponsors, speakers, etc for this awesome Devconf. I hope to see you all again in next Devconf 😀

5 thoughts on “Devconf – Amazing place for a developer”